Your Metabolism Didn't Slow Down. You Did!

Fraudulent Beliefs About Getting Older

A guest post for THE FRANK GAZETTE by Dr. Nick Hallale

If you've been involved in a healthy lifestyle for some time, you'll almost certainly have had people older than you try to burst your bubble. You can recognize them by the way they start sentences with the words, "When you reach my age…" They'll then launch into a speech where they try to convince you that once you reach some magic milestone, it will all disappear because:

a) "Your metabolism slows down,"
b) "Your body loses its elasticity," and
c) "Your muscles turn to fat."

The antidote to this kind of thinking is to observe those people who, no matter what their age, refuse to go quietly into the night. People like this are my role models. One example is Sylvester Stallone, both off screen and as his alter-ego Rocky Balboa. Anyone who thinks the last Rocky movie was just a boxing film needs to watch it again.

It's not just Stallone; look at most of the big names of 1980s action movies. Dolph Lundgren, Carl Weathers, Jean-Claude Van Damme, Chuck Norris and others. Being in shape was clearly an integral part of these men's lives for decades. It's what they did for a living after all. And the result? Well even now, in their 50s, 60s and 70s, they are still in awesome shape, and would put to shame most people half as old.

I know what you're thinking: "Those are Hollywood stars, not normal people!" Okay, maybe you have a point. But the truth is that the world is full of people like that. They may not be as well known, but in the martial arts field, there are plenty of men and women who seem to defy age, and who would wipe the floor with much younger opponents. This includes masters living simple lives in rural China, Japan and Okinawa. They don't have much in common with Hollywood stars, except for the fact that they follow an active lifestyle, train regularly and have chosen not to throw in the towel.

Now, I hope that this has begun to convince you that there is no magic birthday when your body suddenly goes down the drain. But since I've already got myself into a myth-busting frenzy, let's keep going. I'm going to quickly expose those three myths that I mentioned at the start. 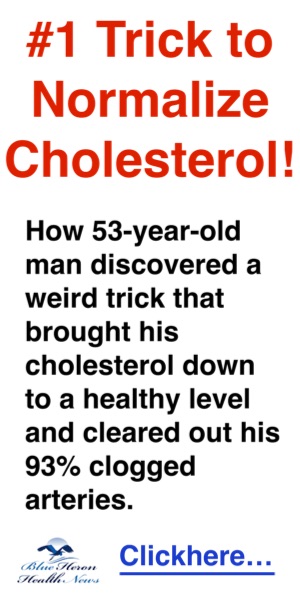 a) "Your metabolism slows down!"

Actually, this one is partially true, but its importance has been blown out of all proportion. Most people just mindlessly repeat it, never questioning it, and never seeing the real reason for middle-aged weight gain, which is staring us in the face.

Before I get into that though, I need to define what "metabolism" actually means. People like to talk about it like some mystical thing, but it's nothing more than the amount of energy your body needs to stay alive. That's all. Imagine you did nothing more than lie in bed for a full day. Your metabolism - or to be more fancy, your basal metabolic rate - refers to the number of calories (or kilojoules, if you prefer) that your body would use that day to run your brain, digest food, pump blood around the body, work your lungs and other organs, make your hair and nails grow, and so on.

Measuring your metabolic rate is actually pretty difficult, and would need some special instruments and machines. Fortunately, enough measurements have been done over the years to allow for some calculation methods to be developed. The best-known one is the Harris-Benedict formula, which correlates the metabolic rate to your height, weight, and yes, your age.

I can hear my detractors yelling now: "You see! Age is important! Didn't I tell you that metabolism slows down with age?"

Nice try. Yes, the formula shows a reduction with age, but the effect is tiny. With every passing year, the daily metabolic rate drops by roughly 5 calories. Even over the course of a decade, we're just talking about a drop of 50 calories per day. For a man of average height and weight, that's something like a drop of just 2 to 3%.

Clearly, a 3% drop in metabolism isn't the real reason for all of those trouser buttons not closing. The real cause is something that changed by a hell of a lot more than 3%, and that is our entire lifestyle. When I look back on my life, I can clearly see that this is what happened to me. The change came in two steps, and I suspect that it will have been the same for most readers.

The first step-change came when I was 18 and started driving. Prior to that, I got around everywhere on foot. If you were a teenager in the 1980s, and you wanted to go somewhere, you walked. I guess I spent at least an hour a day walking, and that went up to several hours on weekends and vacations. Once I got a car, however, that all reduced to almost nothing. Fortunately, I was still pretty active with sports and other exercise, plus having a "carefree" student life, but I definitely noticed the hit. I remember becoming conscious of my weight from around that time, and having to be more careful with my diet in order to compensate.

The second step-change arrived after graduating from university when I was 24. I suddenly went from an active, outdoor lifestyle to being deskbound for 8 to 10 hours a day in an office. The knock-on effects of that were huge, because it sapped away my energy, making it much less likely that I'd want to do any exercise in the evening too. It was a vicious cycle. When that was compounded by business travel, spending weeks in hotels and sedentary meetings during the day, it was clearly a recipe for disaster. By the time I reached my mid-30s, I was horribly out of shape and overweight.

I think my experiences were pretty typical. In fact, if you really think hard and honestly, you'll probably remember those two step-changes in your own life too: the first when you started driving, and the second when you started full-time work. So, did your metabolism slow down, or did you?

b) "Your body loses its elasticity!"

This is another partial truth. What these people really mean to say is: "If you stop stretching, your body loses its elasticity!"

I've never known a single yoga teacher, ballet dancer or martial artist, who has kept up regular stretching, to complain that their body has lost elasticity. Once you have it, you can keep it through proper maintenance and frequent training. But if you neglect stretching, what do you expect? It's like leaving your car in a garage for 20 years and then being surprised that the engine doesn't run very smoothly.

Look, if you haven't stretched since you were a teenager, and suddenly decide to get up and do the splits, chances are it's not going to work out that well. But if you follow a carefully-structured, regular stretching program, you can get phenomenal results. You'll find out that improved flexibility is possible at any age.

My favourite illustration of this, of course, is Jean-Claude Van Damme. I mentioned him earlier, and he has been one of my idols since childhood. Hopefully you'll have seen the video of him doing the splits between two moving trucks for a Volvo advert in 2013. Regardless of what the naysayers and their sour grapes claimed, there was no CGI trickery involved, and it was all real. That would be impressive enough for anybody to pull off, but JCVD was 53 years old when he did it. "Loses elasticity" indeed!

c) "Your muscles turn to fat!"

This one isn't even a partial truth; it's complete BS. Muscle and fat are two completely different types of tissues. One can't "turn into" the other any more than lead can become gold.

This myth has been around for decades though. I guess I can see why a layperson might believe it. To the outsider, it probably does look like some retired athletes have their muscles turn into fat. But what really happens is this: muscles shrink and weaken from not being used, and the body also puts on fat due to inactivity. Often, the person will have continued eating the same way as they did when highly active, even though they've become virtually sedentary.

Both effects can happen frighteningly quickly, and once again, I'm certainly not immune. Muscles can atrophy within only a few weeks, and it doesn't take much longer for a spare type to develop. When both are sustained for a long time - perhaps even the rest of your life - it can look like muscles have turned to fat. But like the other stuff we covered, this is mainly related to lifestyle, and not to some magic age. And the good news is that it's also reversible with a good plan.

It won’t literally make fat "turn back into" muscles, but it is the next best thing. When you attack the problem from both directions, namely shedding fat and building lean muscle, the reversal will come that much quicker.

Okay, maybe you won't look like a huge professional bodybuilder in your 40s and beyond, but who cares? The point is that a lean, athletic and muscular physique is certainly within reach.

I like to point at another of my childhood heroes, Chuck Norris, to illustrate this. At the time of writing, Chuck Norris is nearly 80 years old. But thanks to regular resistance workouts, he still has the physique and strength of a much younger man. If I didn't know better, I'd think he was still in his 40s. (There's also a rumor that when Chuck Norris works out, the machines get stronger, but that's a topic for another time. And, incidentally, I've been trying to find out what diet he follows, but I've been informed that Chuck Norris doesn't follow diet plans; diet plans follow Chuck Norris...)

I think I've gone on long enough here, so let me end off with two bits of advice:

Firstly, no matter what your age, please resist the defeatist influences of people around you. You do not have a "sell-by" date – unless you choose to create one for yourself. Inspiring role models are everywhere; we only have to look for them.

And secondly, please don't fall for any of those myths again. That BS gets old.

Nick Hallale has a PhD in chemical engineering, and taught at the University of Manchester in England. He is also the author of a book and video system, REPOWERED! This is available as a downloadable, 12-week program for people interested in emulating his ideal of a healthy, natural and athletic body at any age.

© 2019 Bevan Frank and The Frank Gazette. All Rights Reserved.